On May 25th, 2018, YVR’s traditional water cannon salute signaled the arrival of Hainan Airlines flight 7959 from Shenzhen (via Tianjin). There must have been some Chinese Fortune shining on the airport as the Honoured guests and media representatives were able to enjoy Hainan’s stunning livery under sunny skies. YVR’s newest airline partner has now become the 8th carrier (including Air Canada) to connect YVR with mainland China. The Haikou based carrier has clearly been paying attention: over the past 5 years, YVR has been one of the fastest growing airports in North America while also being consistently regarded as one of the best in the region (according to the UK’s Skytrax Consultancy).

The airport has taken great strides towards becoming a global hub. Between 2013 and 2017, Canada’s second largest airport (by passenger volume) saw its passenger throughput increase from 17.5 million to a record-setting 24.1 million. To put this in perspective, it had previously taken YVR almost 20 years (1994-2012) to achieve similar growth. At the start of that period, Canadian Airlines was still Air Canada’s largest competitor, WestJet was 2 years away from its inaugural flight, and the Vancouver Canucks had yet to win a Stanley Cup (just a minute, that still hasn’t happened… hmm…one day maybe. In Bo we trust).

While it may seem like this growth has happened overnight, a significant amount of work has taken place behind the scene. Prior to the appointment of Craig Richmond (YVR’s current president and CEO) in 2013, network analysts at YVR were already planning ahead for major growth.

Over the years, the airport has become increasingly attractive to foreign carriers. Since YVR implemented their Connect YVR program and began integrating their marketing strategies with local tourist boards, YVR has become an attractive Gateway to North America. Also, when one considers their terminal improvements, which are designed to expedite the transfer process, YVR has positioned itself for the future.  From Hainan Airline’s perspective, YVR was clearly an important market which couldn’t remain off the map.

However, with China’s restrictive “One Airline One Route” policy firmly in place (See Below), Hainan Airlines had to make an important decision. With many of the important Business and VFR (Visiting Friends & Relatives) markets such as Beijing, Shanghai, and Guangzhou off the table, Hainan needed to examine some of China’s secondary cities to see if they could profitably serve Vancouver. Ultimately the airline decided on connecting two cities with YVR: Shenzhen– a crucial financial center immediately north of HongKong and Tianjin– a major SeaPort located on the North Coast of China 100 Km ~ east of  Beijing. Based on current information, it would appear that Hainan has chosen wisely; Beijing and Hong Kong are two of Vancouver’s busiest international destinations.

Before I get too deep into the analysis of the route, it would be a shame to skip over the fantastic gate party put on by the airport and Hainan airlines. While I did my best to take everything in, the adrenaline rush of gaining access definitely affected my ability to focus on the speeches and economic messages discussed; as such, I’ve decided to include my own recollections along with a few important points from the official PR statement.

Due to favorable winds, the inbound flight from Tianjin arrived an hour ahead of schedule; unfortunately, by the time I arrived at the airport, the aircraft had already arrived and the water cannon salute had been performed. After parking my car, I quickly made my way to Hainan Airlines’ check-in area. Having driven an hour across town, I felt there was no harm asking if there was an official gate event. While I had no major credentials, I had been in contact with YVR’s social media team in advance of the inaugural and hoped to stumble across someone I knew.

Thankfully I had remembered to bring one of my EHviation business cards; while it may have made no difference, I perceived it to be the #TSNTurningPoint of the day. The people at the registration desk quickly contacted Chris from YVR’s social media team and within a few minutes I was given a media badge and escorted through to the international terminal. With the official event scheduled for 10:30, I had a few minutes to grab a coffee and interact with the invited guests.

In the time before the media event, I was able to learn some new information about Hainan’s new route and YVR’s international aspirations:

By 10:30 (PST) the event was ready to begin. Once again, while I did my best to take in all the information, I may need to revert to the official Press Release for some of the finer details.

The choreographed opening, which was performed by 4 beautifully attired Chinese dancers, quickly drew the attention of the tv cameras and assembled media personalities. Once again I was reminded that I was a small fish in a large pond: this event was being celebrated on a major scale.

Hainan is China’s largest privately owned airline and they clearly see Canada as an important market for their passengers. While I wish I could offer further comment on the dance, I’d remind my readers that I’m no dance expert: to the untrained eye, the performance was visually pleasing.

Following the ceremonial dance, it was time for the official speeches.

Once again, the official message was fairly predictable. When it came time for Hainan Airlines to speak about the new route, much of the material seemed fairly obvious.

I was slightly disappointed.

I was hoping that Mr. Fei would discuss the importance of Hainan’s codeshare partnership with WestJet and offer some hints as to the future of the partnership. While it has not been confirmed by the airline at present, it is likely that WestJet will use their new Dreamliners to expand into Asia. Also, based on the fact that the airline has upgraded its long-haul product to keep in line with its competition, one would expect the airline to look at strengthening ties with an Asian carrier to secure financial benefits.

The airlines have much in common. Both WestJet and Hainan have become the largest private airline in their respective countries, and both have invested heavily in modern, fuel efficient, aircraft to fuel their expansion. While a future joint venture may seem on the horizon, at the time I was only able to speculate.

When I asked Hainan’s media team (via Twitter) about any further strengthening of ties with WestJet, the team replied that despite the significance of WestJet’s new international Business class, it was unlikely that Hainan would progress beyond their current codeshare ties. (Note: Between the time of publishing and the Hainan Inaugural, I have obtained new information about WestJet’s potential Asian partner; hint, This may be something I address in a future post. 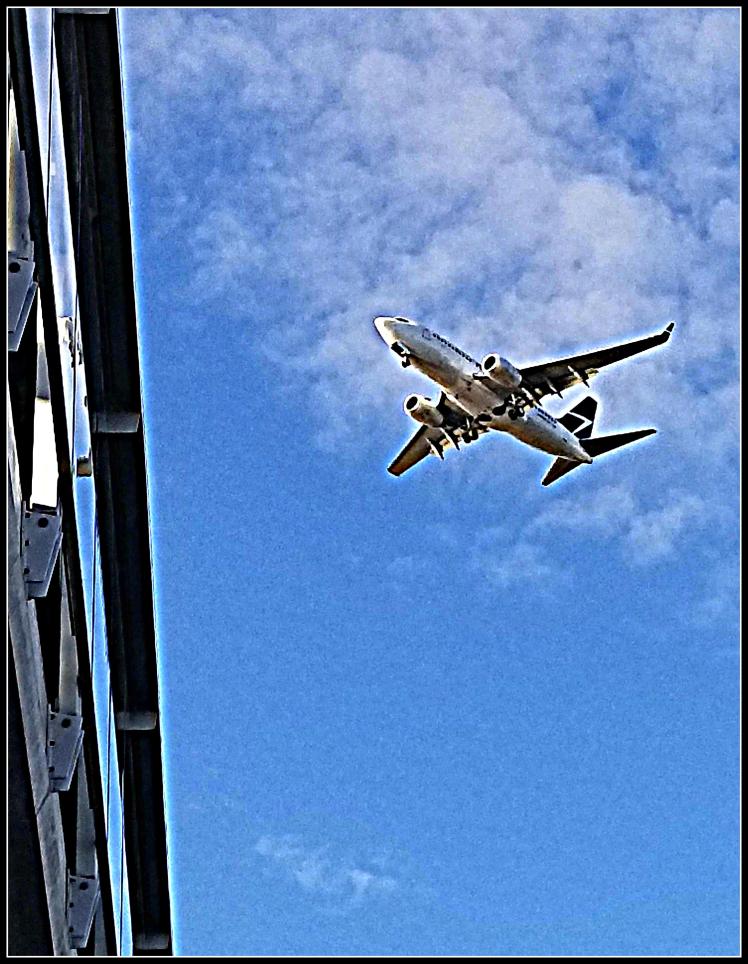 Before I conclude my piece on the Hainan Inaugural, I need to thank YVR.

This was an amazing experience. Hainan Airlines and the Vancouver Airport put on a spectacular show for the media. My best wishes go to both parties! I hope I get the chance to cover another inaugural flight in future. Who knows, I may even be able to cover the in-flight portion!